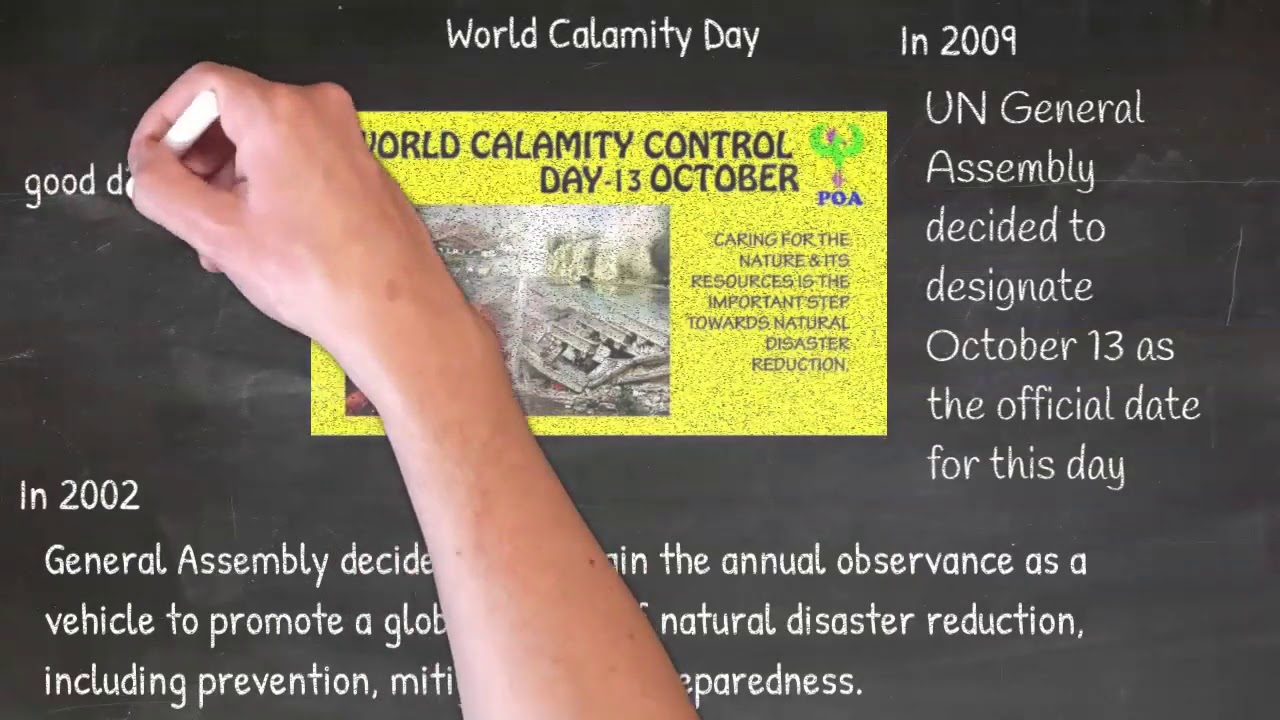 In 2002, by a further resolution, the General Assembly decided to maintain the annual observance as a vehicle to promote a global culture of natural disaster reduction, including prevention, mitigation, and preparedness.

In 2009, the UN General Assembly decided to designate October 13 as the official date for this day, and also changed the name to International Day for Disaster Reduction

In keeping with the Day’s focus on the impact that disasters have on people’s lives and well-being, this year’s theme is about conveying the message that many disasters can be avoided or prevented if there are disaster risk reduction strategies in place to manage and reduce existing levels of risk and to avoid the creation of new risk. What that amounts to is “good disaster risk governance.”

The UN General assembly called for this essential day in 1989. They wanted to have regulation  over natural disasters. These controlling strategies  includes mitigation, and preparedness. This day would be proved successful only by coordination, collaboration and cooperation of individuals and communities.

The Sendai group launched a campaign last year, named United nations office for disaster risk reduction (UNISDR) where they centered on 7 targets to reduce disaster risk effect.This year’s target is focussed on prevention, protection and reducing the number of people affected by disasters

First and foremost , we really need to educate people  especially, young people — about disasters and their far-reaching implications on our life. To mitigate the risks stemming from natural hazards such as earthquakes, tsunamis, hurricanes, floods, windstorms, landslides, volcanic eruptions, droughts and wildfires, people must be informed of dangers and the protective measures available, and tutored on the skills of prevention and resilience.